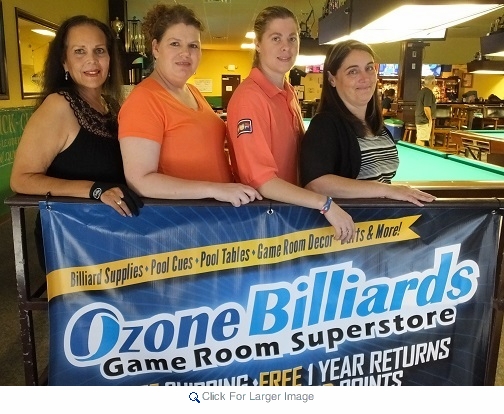 The winner’s bracket began with Lisa Cossette eliminating Michelle Jefferson in a close match leaving her in fourth place by a score of (7-5). In the semi finals Christy Norris defeated Lisa Cossette in a live streamed match (7-3). The final match was determined by a race to 9 with the match running double Hill with Christy Norris defeating Belinda Calhoun in a close match (9-8).