Formed miles beneath the earth molten core at 2000 degrees Fahrenheit, Lava Chalk's key ingredient basaltic magma takes shape. Once the magma chills into a rock called scoria, it is crushed and pulverized by the good people at Lava Chalk and crafted into the little cue chalk blocks you see today. The primary ingredient of Lava Chalk maximizes the friction of your cue's tip and will offer you an extreme amount of cue ball control. Turn up the heat and make you competition sweat with Lava Chalk. 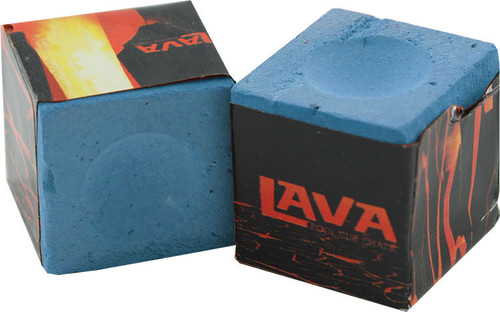