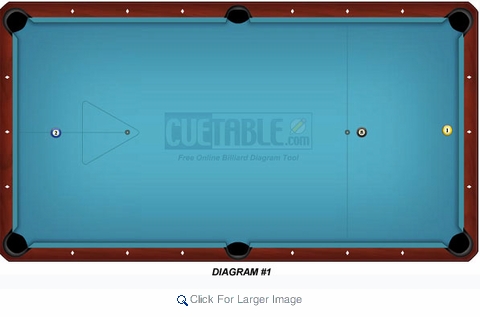 Picture yourself as a beginning golfer never having golfed a day in your life, but you do have the average human experience of previously watching it on TV and maybe having heard others talk a little about the game over the course of your life. Now picture today is your day, your first day out on that beautiful course you’re going golfing all by yourself. No lessons or previous instruction, only your clubs, a map of the course, a score card and maybe a manual to help you decide which club to use from which position or distance. Now you’re on the very 1st tee, 350 yards away from the hole, without looking at your manual, which club are you going to use? Answer ____________. Now you’ve worked your way somewhat closer to your goal which is to obviously to put the ball into the cup in as little shots or strokes as possible. You’re now in the sand trap near the green, what club will you use to get out of it? Answer __________ Maybe you’ll need the manual but I’m guessing a sand wedge sounds about right. Nice shot, you got lucky and you’re not stuck in the trap anymore and you’re on the green 10ft away from the hole (real lucky). Again I ask, which club do you think you’ll use now to put the ball in the hole? Answer__________.

Now how about a little pocket billiards quiz; after all, we are pool players right? You’re playing 8 ball and you have ball-in-hand anywhere on the table with 2 balls plus the 8 ball left for the win – it’s like a par 3, how do you play these 3 balls? Take a moment and really think about it before reading on. You’re allowed 2 answers; what you think you would really do and what you think the correct shots are.

Diagram #1 Answer: There are probably over 100 different possibilities. Of these, maybe 10 of them are decent choices, but in my opinion there is only one correct solution.

I’ve never had a beginning level player able to answer questions like this as correctly as I’m sure most of you did in our little golf quiz. That’s because the beauty of pocket billiards really isn’t all that visible. To be totally honest, most of our intermediate-level players, say, B-level and below will answer these types of questions incorrectly. Can you imagine that happening in golf, 10 or 20 handicappers who play all the time constantly choosing the wrong club? It won’t be until you speak to A-level players and above that you start getting some correct responses. Why is this? I’m not actually testing by shooting; I’m testing verbally, searching for cognitive answers. As dedicated players, shouldn’t we all know the answers just as we did in our golf quiz?

Knowing why our players and fans don’t know the answers to these questions can go a long way towards improving our sports image and improving your personal game. And here’s why: First off, the answers in pocket billiards aren’t that obvious. They don’t jump out at you physically or visually the way they do in most other sports - they need to be pointed out or explained in order to be learned and appreciated. This is where I differ from almost every other instructor in our sport. Typical instruction today goes something like this: “Fundamentals first”, “Stand like this and move your arm like this”, “If you’re going to build that new house you’ll first need a good strong foundation” - I am so sick of these expressions! How can you start to build a good strong foundation if you haven’t even seen the blue prints for the house? You can’t and you wouldn’t want to. You want a clear understanding of your ultimate goal and that goal is to be able to run racks of balls as often and as consistently as possible. And this is done MORE, I say again that is done MORE, by knowing how to identify & and play the correct shot than it is by standing or stroking like a generic, one-size-fits-all picture in a book. Fundamentals are important - don’t go quoting me that they’re not - but experience has shown me that I can get players to higher levels faster by explaining the unintentionally hidden beauty of our sport, how and why the pros play and execute shots the way they do, rather than spending hours making my students look like stick figures out of a book while using lots of center ball! (More on the fallacy of center-ball later in this article.)

Example: I recently had a woman in her fifties with zero pool experience take my 2 day class. On the first day I had to develop some type of stroke because she had never played before and here’s how we did it. 50 strokes right handed, 50 strokes left handed and she was shocked because she couldn’t do anything else opposite handed (limiting beliefs and I don’t care for them). Then as both arms rested for a few moments I showed her how the game was played by demonstrating some 9 ball, how I needed to get angles, showed her the zones we’re about to talk about, explained to her that the trick to great pool is not great bank shots, it’s having great cueball control. We repeated similar cycles like this all day. Had she come in with any kind of stroke we would have skipped the 50, 50 and went right to some of the advanced shots that were next for my brand-new student, lots of high inside english following two or three rails around the table. We worked and discussed pool for 8 hours that day. The next day I had a regular long time student come in also and I pointed over to her and said, “take a look, she started yesterday, never played before.” At first he didn’t believe me but when I finally convinced him, he was pretty impressed and said she was already looking better than other league players he knew that had been playing for years. This is not because I’m a miracle worker, it’s because I simply guided her in the right direction of cue ball control (our minds love it once shown) and didn’t tell her how hard anything was. I just explained shots, told her to try them, and asked her not to worry about the outcome - just try to observe and learn from every mistake but be paying attention so when you hit a good one you know what it feels like. This is very different from some of the babysitting, back-patting, smoke-blowing lessons I’ve witnessed in the past that usually just end up building a short term (and thus false) confidence in the student. While instructing or learning remember this, you can learn more from making mistakes while trying to expand your comfort zone than you can by doing simple things correctly. The secret is to remain calm, patient, and observant. Watch all your shots happen as slowly and as vividly as possible. Then enjoy, accept, and evaluate your shot.

I don’t think we’re teaching pool completely backwards but I do think we need to change the order and priority of a few things. Mainly, instead of starting our lessons and instructional materials off with “put your feet here and hold the cue here” (I’m dozing already) let’s start by saying “Let me show you some of the beauty of the game, where it is you’re going and how it is you’re going to get there”. Pool is about many things but one of the most important skills you’ll need is the ability to understand why a pro’s cueball went this way or that way and to then add those shots to your game as soon as you can. Many players never get to this point because we’ve guided them in the wrong direction and that direction tends to create a very limiting comfort zone - the one that says use lots of center ball and english is evil. Stop with this already, encourage players to learn english as soon as possible because that’s where they’re going (world-class players run out using english on almost every shot). Why spend a year or more trying to master center ball when next year you’re going to have to start all over teaching them how to use side spin? After a year of becoming proficient at pocketing balls with center ball people get attached to it, they like it, and when they’re in a game situation they fall back on it. This is that limiting comfort zone I am talking about, they’re going to cinch the balls with a center cue ball and sacrifice positioning for the next shot. And then they’re stuck and they’ll remain stuck unless they’re lucky enough to run into a high-level player who tells them they’re playing the game the wrong way and has the time and motivation to show them the correct way!

I’m not saying don’t teach the fundamentals but what’s wrong with making sure the student knows how the game is ultimately played first so they really know what it is they’re trying to get good at, educate their minds, show them where they’re going and then work on the fundamentals as you go instead of making them believe that fundamentals are the end-all secret to the game.

I’ll take a player who knows how to select the correct shot and has the courage to take it who stands on one foot every shot over a player who stands & strokes perfectly but doesn’t know the correct shot, EVERY TIME. Look at the pros, most don’t fit the picture in the book but we as instructors have been trained to teach “Oh no, he’s the exception to the rule, don’t do it like he does.” Keith McCready with his arm and wrist twisted way off on an angle, Efren Reyes, master of the long bridge you’ll never see in a book, Earl Strickland twisting his wrist in, with the cue off towards the side of his head. I think instructors have been doing this because they’ve been brainwashed into it with that KISS crap (Keep It Simple Stupid). It should be “Keep It Smart Stupid” and take the right shot. Another sad but possible reason for this type of instruction could be that almost anyone at any level can teach someone how to stand like the picture or point out what could be a flaw in someone’s fundamentals or stroke. Trust me, you can always point out something, even if it doesn’t matter you can point to it and make someone believe it matters. There are many ways to stand and stroke; we all have different body types and we all see the shots better from different head and eye positions BUT there’s no reason we can’t all be seeing and taking the correct shots.